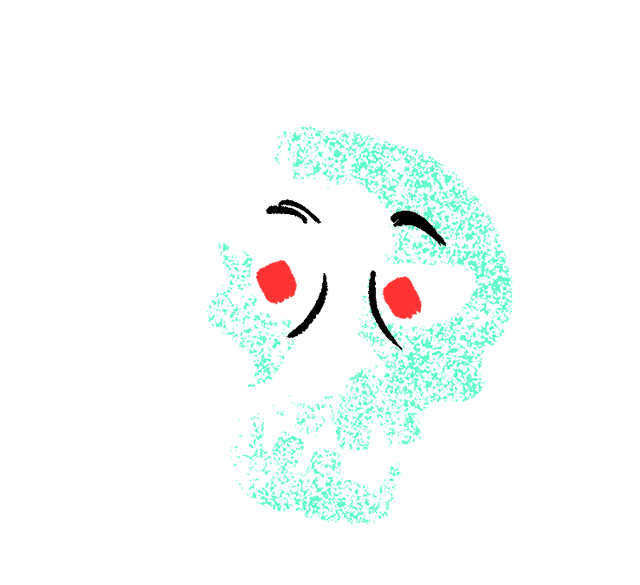 Maybe it’s the soft clothes, maybe it’s the soft lighting, maybe it’s that every step out the door feels like a step into a Mary Oliver poem, but something about fall just screams “poems set to slide shows of black cats with pumpkins.” And it is into this particular void that Blair Banshee screams.

This particular work pays kind to Carl Sandburg, the original author of Rootabaga Stories (1922). The stories are about the American Midwest and feature corn fairies, farms, sidewalks, skyscrapers, the village of cream puffs, the village of liver and onions, and the Gold Buckskin Whincher.

And when Blair Banshee isn’t screaming, wailing, shrieking, or keening, she collects old magazines and even older poems, some of which she may or may not share with you. There’s only one way to find out. Visit Gothtober, click on day 7!!! 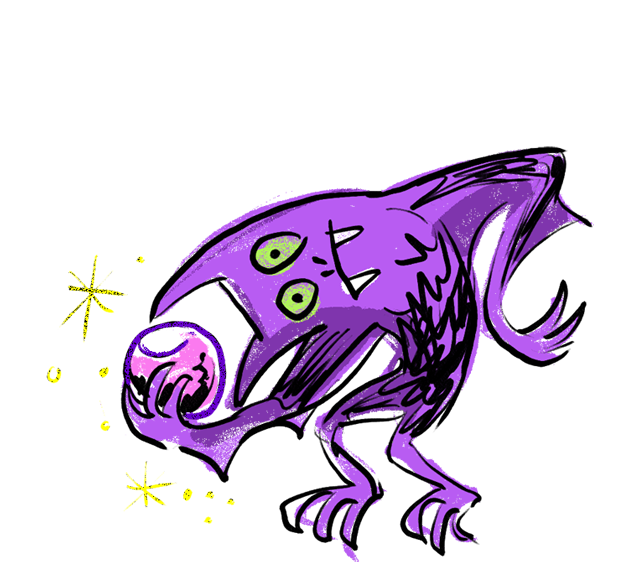 What do fiber, unnerving phobias, and an ever-escalating foreboding sense of impending doom have in common? They’re all part of today’s Gothtober word search, brought to you by Doom Triscuit.

Doom Triscuit has as much love for your excessive and persistent feelings of unease and fear as you do those feelings themselves — perhaps even more so, as Doom Triscuit takes great satisfaction from a fear-creating job well done. Doom Triscuit has 3.5 grams of fiber per serving, and pairs well with ghost-milk cheese, perhaps with a drizzle of balsamic.

Doom Triscuit also tastes great topped with cucumber, feta crumbles, olive oil, and triple-checking that you locked the front door earlier because you thought you did, but what is that mysterious click-clacking of legs and fangs across the floor, there, off in the darkness, but coming closer, and closer, and closer?

Today’s Gothtober piece has it all, if having it all looks like a live-action felt mid-century-esque haunted trick-or-treating scene that ends in a – spoiler alert! – Broadway twist.

“The ghost marionettes are especially spirited as they jauntily make their way down the avenue. And we can all appreciate the camp of an inebriated shawl-laden Barbie-mom, and a crazed showtimes fanatic who won’t let you leave their orbit,” Head Candy Corn Julianna (JP) Parr says. “This is a cautionary tale for those who would blithely ignore the advice of their parents.”

“Also never sneak into the home of a musical theatre aficionado who seems just a bit too keen to have you there,” she adds. “It’s a sure sign they may never let you depart and may possibly be a demon or some other such cryptic parasitical being just barely existing on the edges of supernatural society, one Rogers & Hammerstein song after the other. You may find yourself trapped in ‘Brigadoon’ indefinitely.”

Honeylabs Productions made its multimedia Gothtober debut back in 2020 with a black-and-white ghost detective short and its follow up in 2021 with a killer cherry pie. Ghosts, puppets, and music come together at last in their third short, expertly shot by Kara Stephens and edited by the amazing Kristoffer May.

More frequently, Honeylabs, a live theatre company from Linda Pinda and Nancy K, performs at the Cavern Club Celebrity Theatre. Linda lovingly made each felt piece in this film by hand, and you can tour more of the village on Instagram.

It’s October 3rd! Today’s Gothtober piece is by Gina Tuzzi and Lush Newton with Malia Matsumoto behind the camera.

This collaboration between incredible artists is part of what this month is about, and it’s a pleasure to watch them create. Lush runs Art Center in Humboldt’s town square and shows her work throughout the year, while Gina is known for teaching at Humboldt University, and she also makes paintings and murals across the greater Humboldt county area and elsewhere. In spooky season, they often make (more PG than depicted) cardboard paintings and hang them with candy in the trees for local kids.

Malia is the cinematographer for their contribution, and is an accomplished artist in her own right and the former director of SCRAP, a former Humboldt County creative reuse center.

JP (Head Candy Corn of Gothtober) is known to order specialty art supplies from the Art Center in the heart of Arcata. Follow their instagram here!

Click through to DAY 3 on Gothtober’s Countdown Calendar 2022 to check out their piece! 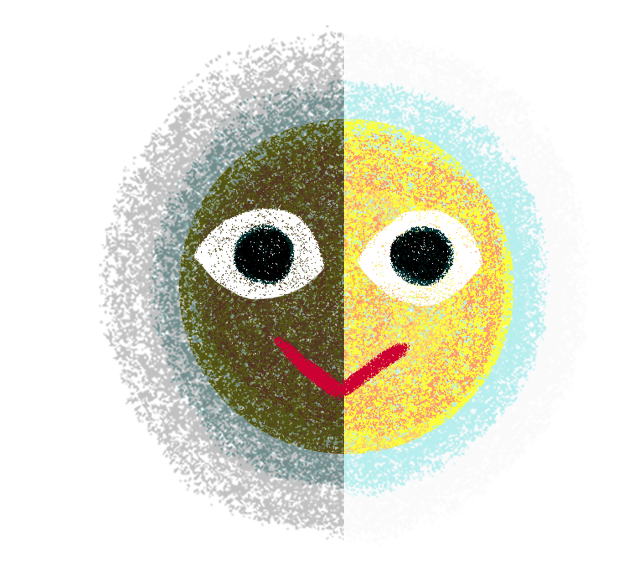 Welcome to the second day of Gothtober! Today’s piece is by The Thomas Family!

C. Thomas (spawn of both H. and R. Thomas) has appeared in Gothtober before, including on day two last year where their art was part of “Haunted Truck Stop Foods” (Is there a truck stop food that isn’t at least a little bit haunted? I submit to you that there is not.), and on day 2 in 2019 with a sweet little animation about the paranormal. Now 16, C. Thomas is rarely seen without their sketchbook and sells art commissions on Discord and ToyHouse.

Though they often appear with their family – her mom, H. Thomas, is the sister of Cristin Pescosolido, Gothtober’s High Priestess of Web – C is solo this year with drawings of Danny from The Shining as a dragon, and the hotel in that film, done in MS Paint with an old Wacom tablet.

“MS Paint can be both fun and challenging due to the limited tools and single layer: it forces one to think ahead about the placement of shapes and shadows, and mistakes either have to stay or be erased,”

C. Thomas says. “Construction lines are limited for me, I don’t want to go back and erase them. Usually I start straight in the line art with pencil tool (using bucket to fill in), or straight with colors for other brushes (putting line art on top).”

“Dragon Danny was created with the calligraphy brush. I used the bucket tool to color large areas, but had to go back and fill in a pixelated border where off-white was not colored. I made the hotel with the pencil tool, which is more bucket tool friendly (does not leave a pixelated border when filled in, and overall looks crisper). That was fun because I got to make mid-tones, making squiggly shapes and filling them in. The mountain and snow shading are inspired by multiple line-less vector art pieces.”

Happy Gothtober day two and may the only Sunday scaries you experience be The Shining-related. 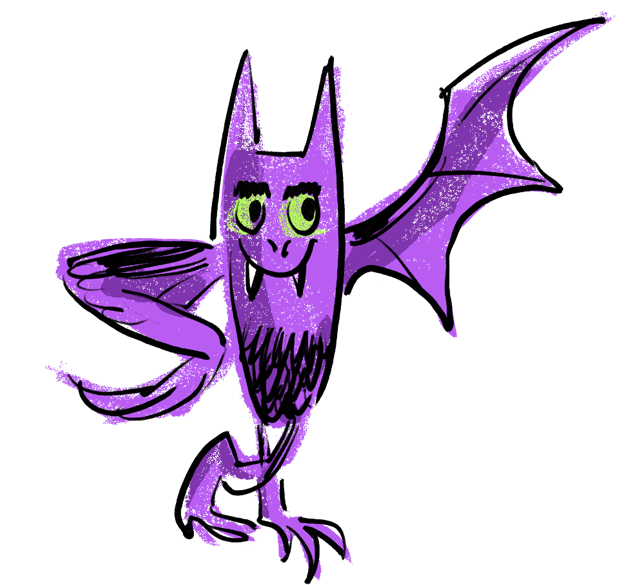 Welcome to GOTHTOBER 2022, marking both the start of spooky season (jk, it’s always spooky season) and 20 years of Gothtober!

Gothtober now opens each year with a piece from an artist who has never before been featured. It’s a new month, a new beginning, so it makes sense to open with a new person! Continuing the tradition for 2022, Anthony Leyva is getting us started with his piece.

What do you need to know about Anthony? If he were a color he would be silver. He works at an escape room, which lets him escape into his creative endeavors. He reads tarot. He can spin the heck out of a sign.

“I picked Anthony because he seemed up for the adventure,” Head Candy Corn Julianna (JP) Parr says. “He reads tarot, is interested in meeting different kinds of people and having excellent conversations. Generally he has a brightness and sense of fun that compelled me to ask him, ‘Hey wanna be part of this crazy thing?’”

Halloween season begins the start of “the big four” from ghosts and goblins, to turkeys and parades, to elves and sleighs, to laying face down on the floor facing a new year. One can get overwhelmed. One can… do too many things and forget to unwind. Focus your breathing and get centered with the help of Asher Slasher’s soothing and inviting voice.

Yuki woke up and made the donuts. The donuts are here, and she has given you the recipe so that if you want donuts anywhere, you may make it so.

And it came to pass that on the 10th month on the 10th day, Sibyl O’ Malley & Dominique Dibbell gave us what we’re seeing today on the Gothtober Countdown Calendar! It’s LOVE! It’s a BIG TRUCK! It’s a CLEAVER! Wait what? A cleaver?

Wait a minute, something’s off… WAIT A MINUTE these actors in this movie are all the same person! Dominique is playing every character! Visit Gothtober.com and go click on DAY 10, you will NOT be disappointed… but you may be a little worried. 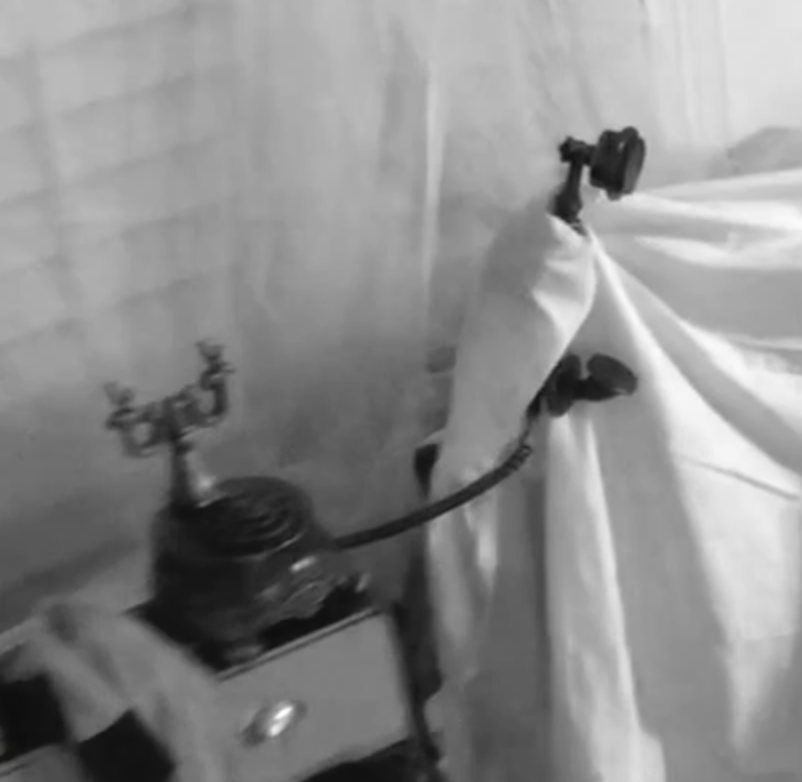 And today we’ve got a bit of burlesque! Peek into the boudoir of Femme Ghost who is having a conversation with someone on the telephone. Who could it be? We may never know.

We’re thrilled to have Fleur the Tease, also known as Lore Poudrier, in Gothtober this year. We think it’s nice to have some spice other than just pumpkin for the Halloween season. Lore is a writer and a queer arts performer, and they are also what is known as a Death Doula.

A death doula is a person who assists in the dying process, much like a midwife or doula does with the birthing process. It is often a community based role, aiming to help families cope with death through recognizing it as a natural and important part of life.

Lore has been serving as a Death Doula in the Los Angeles LGBTQIA+ and Polyamourous communities. They have taken up a specialization in paperwork for legal protections, planning legacy projects and rituals, and helping chosen families plan memorial services and gatherings that mark the anniversary of a death.

Lore has a TikTok account that randomly goes viral on occasion, where they are trying to get the younger generation to normalize talking about death and dying and empower them to make plans.