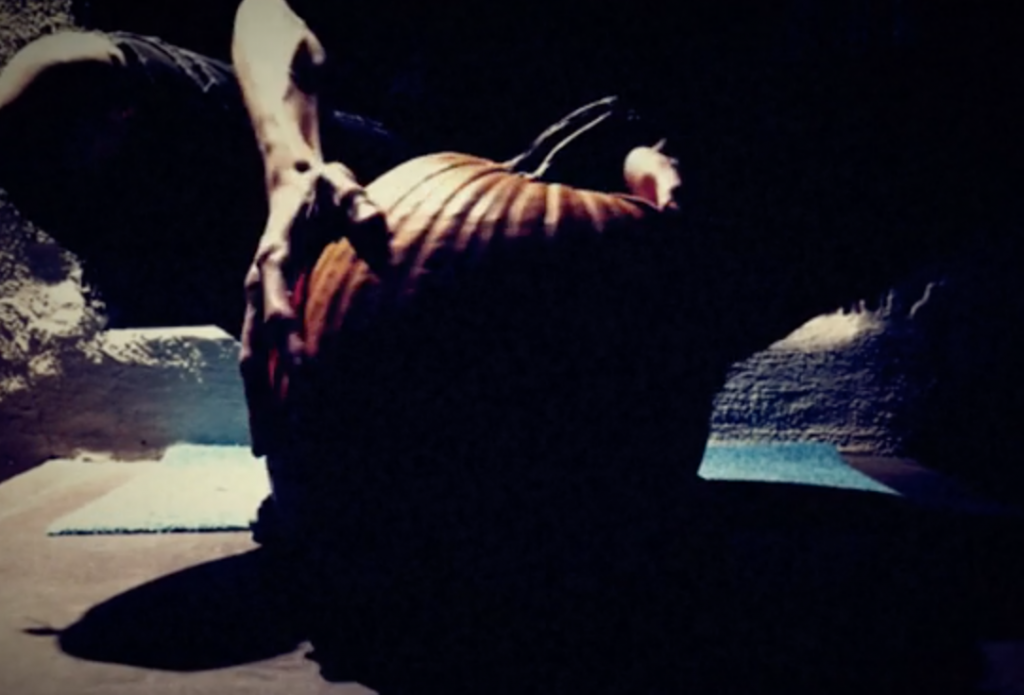 All right folks! Screen this one please, it’s R-Rated, if you look closely. These are some very different pumpkin stencils than ones you may have used in the past, they’re quite a lot of fun, perfect for attracting certain kinds of people, and repelling other kinds of people, lol.
Unique, sexy, mischievous and pretty darn clever, these designs are easy to carve into any pumpkin you see fit.
Asher Slasher is our FIRST artist to offer pumpkin stencils of any kind, we think they’re a fabulous addition to our growing library of crafty downloads, enjoy! 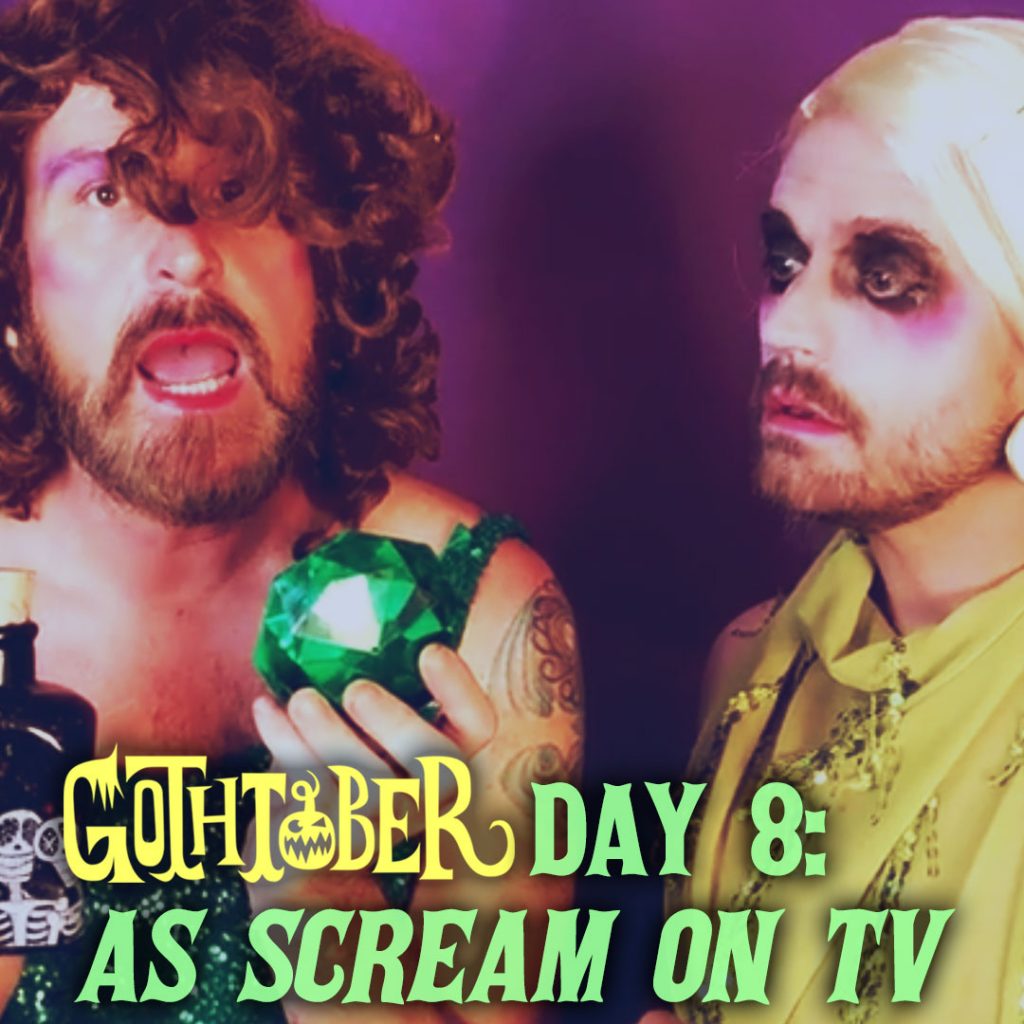 Visit the Gothtober Countdown Calendar and CLICK DAY EIGHT  to purchase NOW on “As Scream on TV!”

This day and age is packed with wonderful inventions and offerings of life-changing contraptions, appliances and potions! As Scream on TV brings us the deal of the century with seasonal products that are guaranteed to please! Act now and get this AMAZING autumn offer that’s more than fifty percent off the retail price! It’s INSANE!
Everyone’s a winner, bargains GALORE!
David LeBaroon and Chris Baughman team up to bring us this terrific ad that’ll have you reaching for your credit card and picking up the phone! Use with caution… even though it’s fool proof…

“This is just the kind of stuff my mind makes up when I’m listening to the Beach Boys” said Steph, Illustrator and Animator of a romantic seaside adventure you can watch by clicking on Pumpkin #7 of Gothtober. Hans Christian Anderson’s original The Little Mermaid involves a young mermaid who gives up her tail and life in the sea to become human and live happily ever after with a human prince. Stephanie Abler’s version of the story is that this mermaid has a huge crush on a surfer girl and wishes the surfer girl would become a mermaid and give up her human surfer life and come live with her in the sea. It’s like The Little Mermaid in reverse, with lesbians. You can see Steph’s home made animation apparatus and find out what it was like to spend 4 months making this wonderful piece by visiting her website.

We had a phone conversation about the piece, how this story has always felt like such a naive and vulnerable interpretation of love and relationships, that it’s a crush-fantasy story of the most unrealistic kind, and how weird that it has resonated so loudly with so many for so long.

I thought Steph’s version of this classic fairy tale was a big fat departure from the creepy aggressively heterosexual subtext of a woman giving up her life for her “man” the usual stereotypical interpretation of the story, the strange and naive perception that marriage is supposed to solve everything, staying in abusive relationships for “love”, suffering pain and loss to enter another world, fairy tale crap, blah blah blahhhhh…

And then I found out, from not digging terribly deep, that the story of “The Little Mermaid” is a really really really GAY STORY.

The Little Mermaid’s inception came from a love letter containing Hans Christian Andersen’s metaphor for his deep and abiding love of his close friend, Edvard, who didn’t love Hans romantically and took pains to remain removed and distant. It was 1836 in Copenhagen, not a good era for any bisexual or gay stuff, in fact, official government discrimination of gays and bisexuals began in Copenhagen in 1830. Hans Christian Andersen was strange and eccentric for the time, a failed singer, dancer and actor, he was huge and gangly and awkward, he had a flair for the dramatic, and was often in a state of heartbreak. When the love of his life, Edvard, was married, it sent Hans into a tailspin of devastation and angst and The Little Mermaid was born.

Andersen came from poverty, he never actually learned to spell or write in Danish, which set his stories apart from others in that they read in the cadence of the spoken language, which still resonates today in it’s “freshness” unlike other written pieces of that time. The success he gained from his writing eventually had him co-mingling with the “upper crust” so to speak. He was sensitive and ashamed of his background, and was constantly proving his nobility and virtuosity in a society that was obsessed with such things. He was never quite accepted within the aristocracy, despite his worldwide fame, and he resented it. He was also annoyed with himself for giving a crap about the upper classes in the first place, and developed a detachment and disdain for the rich. He was a shrewd observer of high society in 19th century Denmark, and was aware of the motivations, limitations and cruelties of human nature.

Hans Christian Andersen’s outsider working-class background combined with his entire litany of unrequited relationships with both men and women inspired many famous fairytales involving stoic characters who are tortured by desperation, longing, evil, scorn, hardship or tragedy, and who are challenged to overcome these adversities through a relentless and optimistic stoicism. He didn’t believe in happy endings either, the original ending to The Little Mermaid is completely wrought with wildly bizarre anxiety-inducing drama that would keep anyone up at night. Andersen believed that fairy tales were the poetic form of the future, containing both comic and tragic aspects of life.

Stories like The Emperor’s New Clothes, The Little Match Girl, The Steadfast Tin Soldier and The Little Mermaid, are tales that “Stick it to the MAN” and are quite subversive once you understand how hard it was to be someone like Hans Christian Andersen near the turn of the century. There weren’t a whole lot of outlets for “drummers of a different beat” back then, yet Andersen found storytelling and fantasy as a way to deal with his pain and anger by making incredibly complex anecdotes created for both adults and children. Knowing what you now know of Hans Christian Andersen’s experiences, read some of his stories today, and you’ll find that his fairy tales are more than meets the eye, each is packed with powerful and intricate layers of meaning. You’ll find that his unabridged, unedited stories contain careful and adept implementation of satire, philosophy and social critique. The highest award that is bestowed on children’s books today is the Hans Christian Andersen Medal.

The statue of The Little Mermaid in Copenhagen was placed in the bay in 1913, the mermaid’s original face was that of Ellen Price, a prima ballerina who danced in a ballet version of The Little Mermaid.  The body of the little mermaid is that of Eline Erikson, as the ballerina refused to pose nude, and ironically, the sculptor’s first name was Edvard. The statue is a major tourist attraction, it’s small and unimposing, and gets vandalized so often that Denmark is considering moving her further out in the bay to prevent subsequent antics by locals and tourists alike. She’s had her head sawed off a few times, been blown off her rock with dynamite, had her hand sawed off, been covered in pink paint, draped in burqas and other outfits, and a dildo was affixed to her hand on International Womens Day in 2006.

Thus, Hans is still taking part in subversive activities even today, inspiring all sorts of wild opinions and behavior he could never express in an outward “in-your-face” way during the immensely vigorous oppression of his time.

For me, I like to think that Steph’s version of The Little Mermaid finally allows Hans to be with Edvard (or anyone, for that matter he was a solitary figure all his life) they are reunited in a very loving and romantic way that I think Mr. Andersen would’ve liked. And I think that the choice of earnestly singing Brian Wilson’s tunes and lyrics (another genius outsider of his time) and pairing it with the animation contributes to this sweet and  thoughtful piece that could serve as homage to a remarkable author who, were he alive today, would’ve made an excellent punk rock radical fairy.