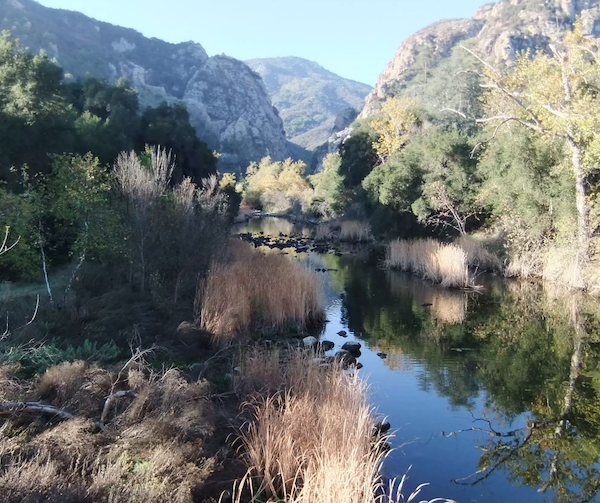 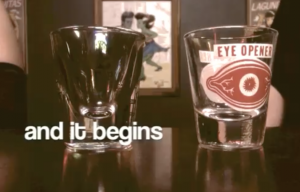 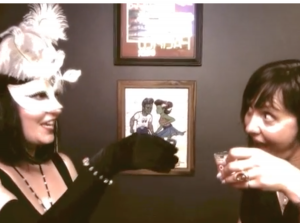 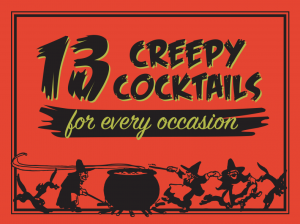 Click on Gothtober DAY 11 and receive a delicious and ghastly presentation from Dianne Chadwick, drink vampiress extraordinaire! If you’ve been stumped at what to serve at your Halloween cocktail party, fear no more, here we have thirteen wonderful recipes to knock people’s heads off… literally. From the “Corpse Reviver” to the “Bitter Pumpkin” there’s plenty to add to your boiling cauldron this month that will impress all of your ghoulie guests.

Serve these drinks in themed glasses, if you have the option. If you can find garnishes that call to mind things like severed fingers or bloody eyeballs (or you know, in a pinch, the real thing is even better.)

Nothing builds friendship and good times like wormy ice cubes and plastic spiders.

We’re considering trying each and every one of these before October is done, we’re very goal oriented around here.

Make it a double, Sam, it’s time to sit down and celebrate the 51st anniversary of Bewitched!!!

Gothtober is being built, we’re almost ready to launch, but for your perusal, here’s something fun to distract you, from the TV archives!  Bewitched is about a housewife witch and her family that was filmed on Warner Bros. Ranch starting in 1964. It was about a witch in modern times, but it was also about drinking! A LOT of drinking!  View this drinking guide that lets you know which characters drink in what episodes and how much. Here’s a list of swanky bar names for the following episodes:

The most drinking-est character is Darrin, followed by Samantha, Larry, Endora, Louise, and then there are a host of other minor characters that take part in cocktail hour. Seems like everyone in 1964 had a cigarette between their fingers and a highball in their hand. Enjoy visiting yesteryear with this marvelous collection of clips, make yourself a strong one, wiggle your nose and press play. 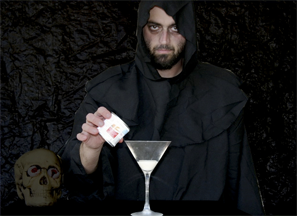 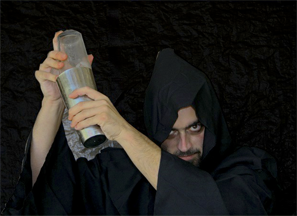 You know it’s October when you’re drinking cocktails involving candycorn-infused vodka. You heard me. And that’s just one of THREE amazing, haunted cocktail recipes offered by restaurateur Ben Ling. He also provides a handy guide to making an en-GROSS-ing cocktail garnish that very closely resembles an eyeball, but much more delicious. How many recipes do you have that include the instruction, “stuff eyeball into socket”? Hmmm? Well, now you have exactly one. Bottoms up!