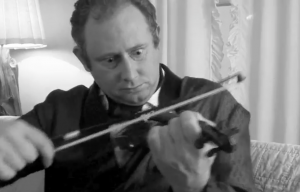 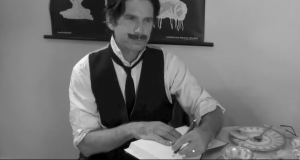 It’s elementary that eventually, with enough sleuthing, you’d arrive at DAY 14 on Gothtober.
Watch as Sherlock Holmes uses his brilliant deductions to solve the mystery of Friday the 13th! A very special royal figure makes an appearance in this wonderfully narrated gripping family film!
Rumor has it that the Gailiunas, Aaron, Williams, and Waller families were involved in this funky riddle, but we were unable to recognize any of them, maybe they were on the film crew. Huh.

You do know what Sherlock Holmes uses when he wants to make cookies, right?
HIS 221B Baker SHEET!!!!! HAHAHAHAHHAAHAAHAHAAHHAAAAAAHHH wheeze… sputter…