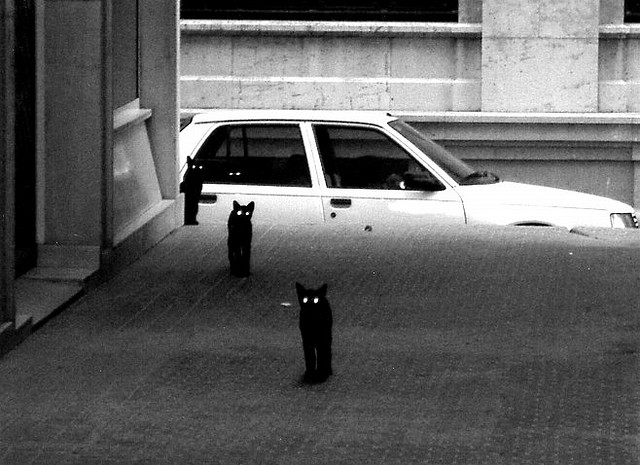 “Delicious autumn!  My very soul is wedded to it, and if I were a bird I would fly about the earth seeking the successive autumns.”
George Eliot

Somewhere in the southern hemisphere it’s Spring, but in the northern hemisphere, even though temperatures climb, we’re excited about even a hint of cool wind which would warrant eating something even remotely pumpkin-spice-oriented.

The daylight and the darkness have had their cup of tea, sitting just so on their tuffets, eyeballing each other’s portion of time allotted. Their exact point of equality won’t be here until September 25th, but still, the light bends, and on September 22nd we call it: It’s Fall!

Gothtober is always very excited about this autumnal arrival, the days officially begin to get shorter, we start madly gathering apples for all those pies we’re gonna make in our “spare time.” The Santa Ana Winds are tousling heads of hair all over the San Gabriel Valley, flinging up twigs and cactus spines and whatever other fun things it can throw in the air like “Wheeeee!” it goes. It’s that time of year where your allergies start to chill out, or they go into code red and you can’t go anywhere without tissues.

Tinkering late into the night, or during the mornings, or who even knows when, are all the Gothtober contributors, planning and checking their projects, preparing pieces of the calendar for you to see. As the watermelon moves over and the pumpkin waltzes in, anticipation builds for crisp apple cider, candy corn in bulk, and 31 days of Countdown Calendar joy.