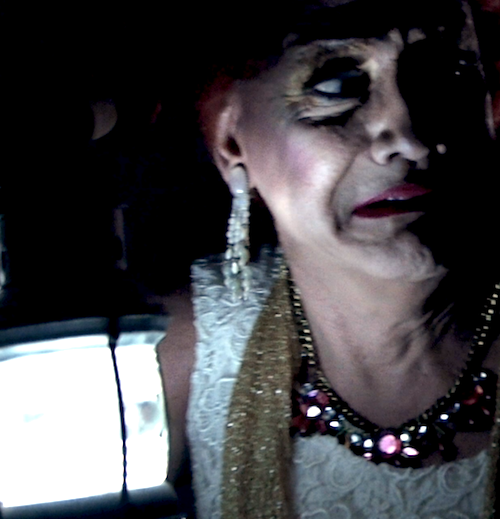 She’s the radio call-in queen of South Texas, battling bullies and social injustice with Texas charm, and bona fide heartfelt love. Her official saying is “go out and be a miracle to someone!”

Texas’s own Aunt Lyla KaRug is here in her breakout Gothtober role, wandering around a very unsanitary and eerie locale, shining her lantern, and somehow having the bravery to recite verse… in heels!

Gothtober’s got a very long LGBTQ history, and Halloween itself is kinda like gay xmas. Your Gothtober creators are quite queer, and we LOVE us some drag.

Drag embodies the bravery of bursting through the boundaries of uptight, repressed societal mundane heteronormative codes by using style, hyperbole, and camp; quite the antidote for quotidian malaise!

Jeffrey Wylie, Lyla’s nephew, would probably agree and I keep trying to ask him more about his auntie’s next big gig, Aunt Lyla is so busy! Actually, come to think of it, I don’t know that I’ve ever seen those two in the same place at the same time, they’re never in the same room together!