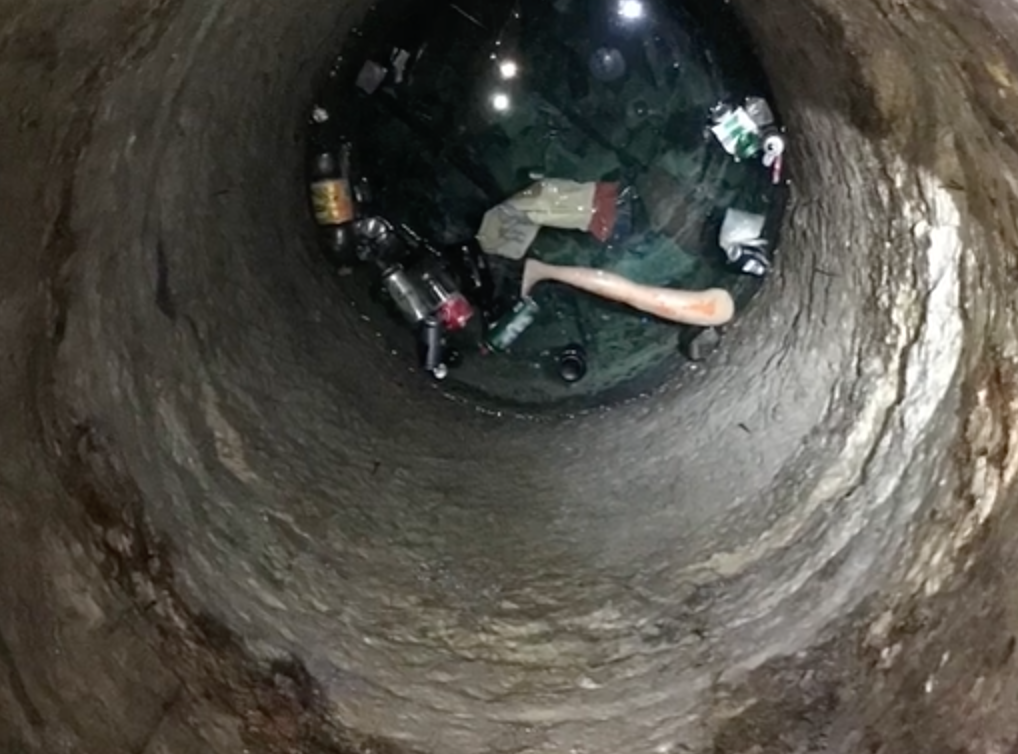 Visit the Gothtober Countdown Calendar and CLICK DAY ELEVEN  to go underneath the city of Paris!

Once upon a time, Coral was offered the awesome adventure of a lifetime, spelunking with fabulous friends underneath the city of Paris in an underground network of catacombs underneath the city of lights! What’s down there besides mud, water and darkness? Plenty! See some of these exciting scenes that will hopefully inspire YOU to wander around in small, cramped quarters underneath Paris, when you visit it. Bring a flashlight with NEW batteries, lol.

Visit www.gothtober.com and click on DAY 9 and well… it might be the scariest thing on the entire calendar this year.

Los Gatitos and their basket of adorable deplorables have collaborated this year to make a short and sweet punk song asking you to please not vote for the Cheeto. I’m not gonna say his name because I’m tired of hearing it, and you know who I’m talking about.

Turn this one on, turn it up and sing along, we need it!

Never to shy away from a good and scary freak-out, Lori Meeker brings us one of the most terrifyingly mild pieces to hit Gothtober yet. Visit Day 15, and don’t say I didn’t warn you.  Within the parameters of the Gothtober framework comes a series of images that are sort of kind of disturbing in a mellow sort of way.

Watch this piece, and you may begin to feel the edges of your sanity begin to stay pretty much the same, but make you feel… like… 2% uneasy or something.

You might finally begin to comprehend the vaguely unsettling feeling people talk about on the news when they’ve just come from a placidly terrifying experience. You may experience no trouble sleeping, not all that much difficulty concentrating, you might think you’re hearing or seeing things, but not in a way that would make you lose your mind, just in a way that’s sort of weird or irksome. And it’s funny, did I mention that? Go see!