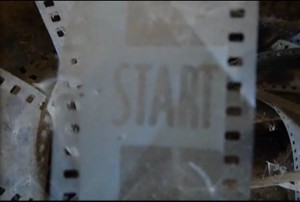 For Jennifer Jordan Day’s piece, she went and visited an actual abandoned drive-in!!! She was out there, rootin’ around all the rotten stuff, being careful where she stepped, taking photos, studying the terrain, making anthropological discoveries. See what she found on Gothtober Day 6!  Jennifer is a Gothtober veteran, you can see her other Gothtober pieces in the Gothtober Archives, she is Day 19 in Gothtobers 2006 and 2007.

J.J. Day is also a film maker, her animated stop-motion film “Make a Mate” is currently on world tour, and if you’d like more information about when and where it may be playing near you, check out the Facebook fan page of the film! Hooray DAY 6!