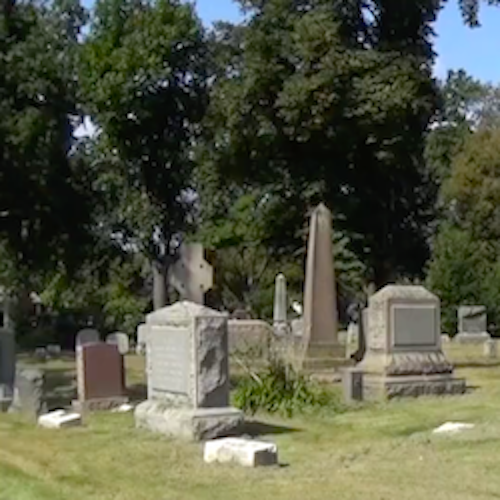 We take a stroll through a grassy graveyard with vivacious verse expertly narrated by Heather Harkins! As Harkins wanders about the grounds, she shares with us the resting places of esteemed souls, who, in their waking life, made quite a splash in their various decades of living. Find out who they are by clicking DAY 6 on the 2019 Gothtober Calendar!

Some Notable New Jersey Graves That Are NOT in Heather Harkin’s Gothtober Piece:

Thank you for the tour, Heather Harkins, Happy All Hallow’s Eve!