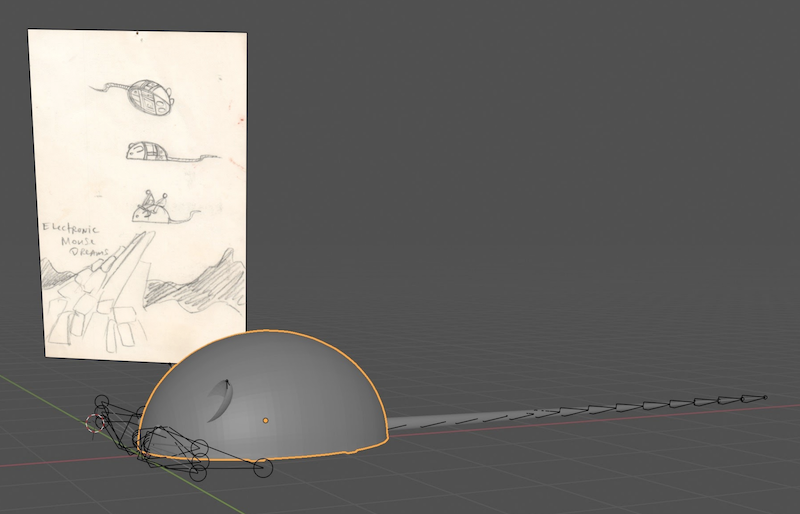 Was there ever a dream you had of people riding through mountain terrain on gravity-defying electric mouse vehicles? I had such a dream, sometime in the 90s. I told my college chum, Cristin Pescosolido, all about it! Our High Priestess of Gothtober, Cristin, has used special effects magic to give us a glimpse of just how REAL this dream could look.

Here is Cristin’s account of creating this lively futuristic scenario:

“This was made entirely in blender and unreal engine 4 over the last three weeks.
I had never used either package before, so the learning curve was steep.

The modeling, texturing, and animation was done in blender. The shading, particles, lighting, and landscape was done using UE4.
There is still a bunch of stuff I need to figure out, like reflection maps, audio (the mix output from UE4 is still experimental in the version I was using) and why my particles didn’t render in every shot.
But hey, it was a huge amount of fun, and I did a lot of writing of my own materials, something I’ve never done before. Blueprint is fun, and I can’t wait to learn more (and maybe dig into c++ instead of blueprint inside UE4).