Here’s a little ditty from days past that is sure to amuse, Ed Lee’s weird and wonderful seasonably-challenged “Ghost Dog Serenade.” We’ll be putting more gems up on the Gothtober YouTube channel, this way, those of you with handheld devices that won’t show flash-based content (like Gothtober proper) can visit some pieces from yesteryear! If you like this piece, be sure to view Ghost Dog Serenade II the SEQUEL, it’s just as riveting (and ridiculous.) 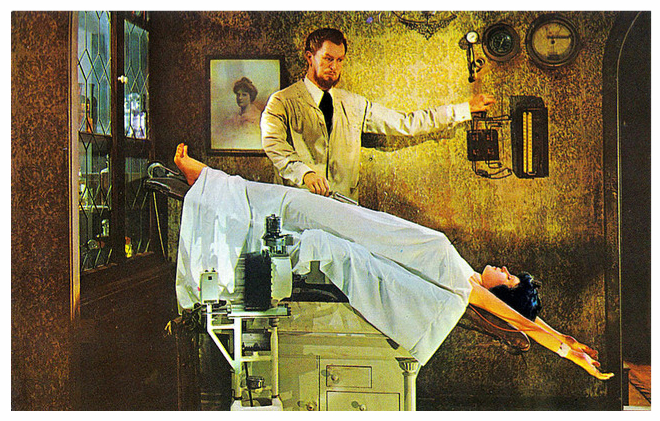 Man oh MAN was it a hard choice, lots of you applied this year, it was really super-duper-crazy-hard to pick. If you didn’t get in this year, please be sure to apply next year, you can always find out on this here blog in August of 2011 when the Application process opens up again. Keep your eyeballs peeled… and don’t let any hungry zombies eat ’em.

In the meantime, this year’s calendar is going to be packed with amazing art, as usual. We’ll be presenting some creepy culinary delights, there’s more food in the 2010 calendar, as well as some literary treats, and some preoccupation with alternative forms of transport.

And what am I doing? How do you even begin to make a Gothtober? Well, you start by coaching the craniums of 31 different artists: You HEAR ME, ARTISTS? Let’s fire it up! Wooooo! 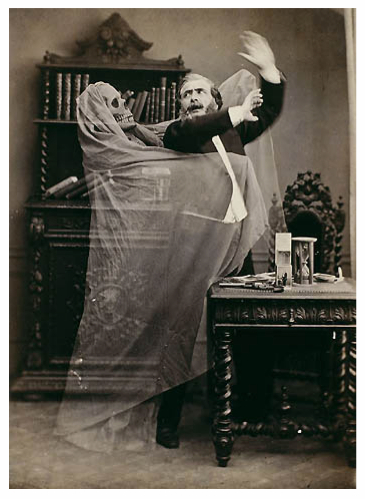 ALL Gothtober Applications are due September FIRST, 2010!

Fill out your Application HERE! 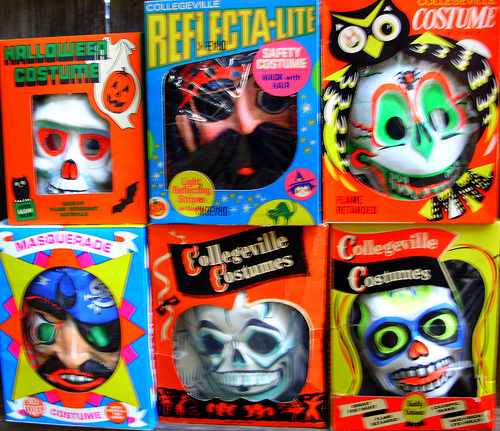 Remember: ALL Gothtober Applications are due September FIRST, 2010! Fill out your Application HERE!

You mean you’ve never heard about The Tale of the Haunted Boom Box?!? Here goes:

In the the time of Pac-Man and the Cabbage Patch Doll, a boisterous fellow decked in gold chains and a massive boombox would saunter his neighborhood breakin’ to the beat. You could always hear him before you saw him, his music was so fresh and loud, it would bounce off the bricks and float through the sky, making people dance when they’d least expect it.

One day, there was a terrible accident. The legend tells that one rainy sinister night, the break dancer’s Boom Box started playing Rick Astley’s Never Gonna Give You Up over and over again. Puzzled, and irritated, he checked all the frequencies, and made sure the radio was off and PHONO was on, but the Boom Box seemed to have a mind of its own. After 15 minutes of trouble-shooting to no avail, the frustrated break dancer pressed fast-forward on the tape deck. It was then that the mighty boom box’s wicked cassette spindles caught and held the shiny bling around his neck.The high whine of smoking torque tightened the necklaces around his windpipes, and then jerked them tighter still, eventually wrenching his head off, leaving a gruesome gory gash. No one ever found a body, or a boom box, just a few broken links from a 14 karat gold chain and eight D batteries covered in acid dripping into the sewer drain.

Yet, dare I say, the spooky headless breakdancer and his haunted boombox lives. On a full moon, you may catch a glimpse of his transparent form weaving through the buildings of the city. The apparition’s name is UC No HED, and he can do the wave, the caterpillar, poppin’ and lockin’ but don’t ask him to do a head spin, it sends him into a frenzy of rage which will transform even the bravest foolhardy soul  into a piteously weak and feeble coward.

If you see a BoomBox that is not quite right… DON’T TOUCH IT!!! Especially if its playing Rick Astley.

More details on how to protect yourself from a Haunted Boom Box in the next post. 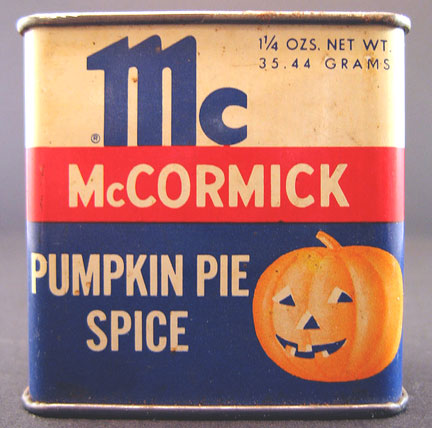 Gothtober Applications are DUE September 1st, 2010

Fill out your Application HERE!

Are you looking for something to DO?!? Well, let us help! Don’t sit there and be all namby-pamby and say silly stuff like “I’m not an artist, I dunno how to come up with ideas” etc. SNORE. And don’t say stuff like “Oh, I’ve done everything there is to do, I’m bored by the inside of my own skull, I’m just too jaded to do this…” ALSO very boring. YOU are not boring, YOU have weirdness in you, I can see it. You are beyond those old chestnut excuses, you are AMAZING! Here is your autumnal creative outlet! Gothtober is seeking the bored, the jaded, the pent-up unrealized freaky-crazy peculiar nuances of your very SOUL. I could try to sound more casual about it, but why?

Halloween is not a casual holiday, it freaks out the religious right, it’s misunderstood, it’s minimized yet also demonized, it encourages erratic behavior and rebelliousness, half the people think it’s kid stuff, while the other half of the population things its for naughty nurses and drag queens.

Gothtober celebrates this troublemaking holiday with panache and fun, without the hindrance of grace or sophistication. 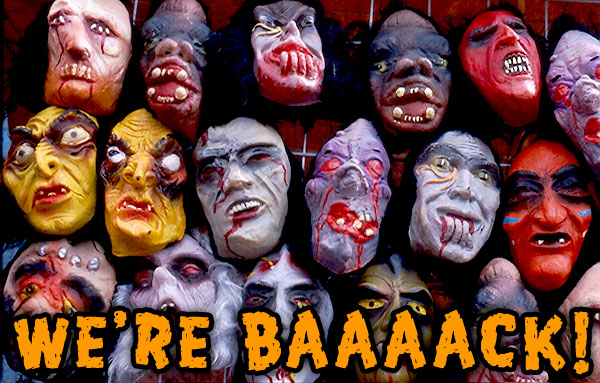 Well it’s about that time now, isn’t it?

We are gearing up for our NINTH Gothtober, is that crazy or what? Over the years, it’s only gotten crazier, stranger and more fun, and this year will be no exception! We’ll be delving into “musical thrills” for this year’s theme, the official news on that isn’t far behind this very post. For now, consider this an official acknowledgement that yes, Halloween is on the horizon, we are again bringing you 31 days of highly varied versions of the fantastic, the exuberant, the macabre, the usual assortment of interesting and creepy goodies you’ve come to expect.

And yes, if you want to make something for Gothtober this year, put on your headless thinking cap. More info on the way, stay tuned! 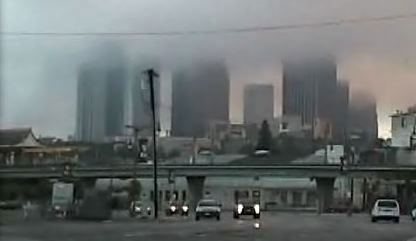 DAY 29 is Gothtober artist Coral’s experimental film about Los Angeles, bicycle riding, gore, and a very disturbing situation. I think you’re going to like it, or be disturbed by it, which is, of course, ideal. I don’t want to give it away, just “chin up” go look at Coral’s piece, and you’ll know what I’m saying. And look out for bloodthirsty vegans, because it’s almost the full moon… do vegans change into meat eaters on the full moon?

Today’s foray into the unknown might change your life.

I’m not going to promise a transformative experience, but I do want to encourage you to tap into your animal nature and feel Gothtober Day 27. I can’t tell you what you’ll find, perhaps the answers to a few of the unsolved corners of your mind? Take a look, peer into the depths, gaze into the universal meow.

And DAY 26 by Bill Wolkoff offers a challenging Gothtober Times Crossword Puzzle, you can download it, print it out, and take it with you wherever you go! Don’t know where to do your crossword puzzle? Bill has enclosed a handy tour showing you some good spots for working out the solutions. Also… there’s something special about the “blood drive” page, rumor has it, if you click around, there’s a secret button you can press. What will you find? There’s only one way to find out…

The Three Rotten Cat Heads made today’s excellent adventure for Gothtober DAY 24! They are:

Apparently, these three Gothtober artists had to film this piece in TWO parks, because they almost got in trouble with the law at the first park for being generally weird! We’re so proud of you, Rotten Cat Heads! Don’t EVER stop being rotten! The Three Rotten Cat Heads are all in Portland, OR. Send them notes on their blogs with lots of meows in them, they will understand.