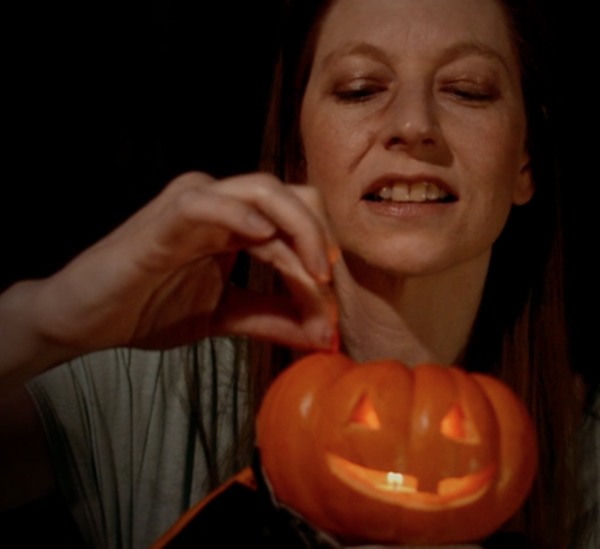 Visit www.gothtober.com and click on DAY 21 to watch a strange, fantastic and beautiful little film by Mike Rainey!
Listen to the strings ebb and flow as a mysterious individual carves a small jack o’ lantern. What was once a stationery and unmoving object is sent out into the world by its creator.
Here is a statement from the artist regarding this work:

“Many people face monsters every day, monsters who wear the faces of respectable, mainstream people. Monsters who diminish life, who steal joy and pollute existence because they feel entitled to take, without empathy or consideration. 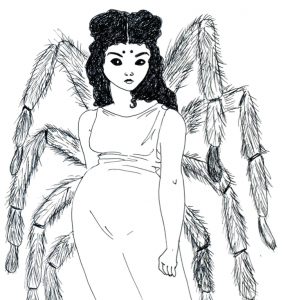 Normally, to come in contact with the characters featured for Gothtober DAY 18, you’d have to do stuff like drown in some water, go climbing up snowy precipices, join a cult, or go wandering alone through vampiric-laden parts of Thailand. But Christine Nockels made it really easy for you, you don’t have to go anywhere or do anything. They’re all right here for you to download, color, cut and assemble into a mishmash of terrifying creatures who have probably never met each other until now!

One of these creatures is a mythical amphibious monster inhabiting inland waterways. Still another is a nocturnal female spirit of Southeast Asian folklore.

There are no less than EIGHT wonderfully drawn incarnations of beautifully creepy and odd beings in the collection.

If you are wondering “How can I make a mobile, I don’t understand!” It just so happens we’ve got just what you need right here on the good ol’ internet! Follow these instructions and you should have a pretty lovely terrifying mobile at the end of your efforts.

Carl C. Jung was one of the first psychologists to realize how beneficial coloring is for the human mind. Coloring is like a type of meditation, forcing you to hone your attention down to the task of filling in selected spaces with color, taking your mind off of lots of other things, including stressful things. We’re glad Christine chose a series of horrible legendary bloodthirsty beings for you to color, otherwise you might get TOO relaxed this Halloween, and we wouldn’t want that.

Hold onto your eyeballs, it’s DAY 13 with the Chambers!

Not all that far from Stuttgart is Frankfurt, but wow is Frankfurt far from Gothtober Headquarters in Los Angeles! We’re so excited to offer MORE work from distant lands, a Gothtober family in Germany! We love the internet because it lets art travel here from outer space! Bridging the gap from bratwurst to hot dogs is the miracle of online perseverance, a true international collaboration, we couldn’t be prouder of our International participants!!!

There are many monsters from mythology you do not want to meet, but we must insist that you meet these. Thought up by the young Nigel and then brought to life with his parents, Christy and Brian, here we have quite a gruesome gallery of beautifully illustrated creatures thoughtfully caged behind your computer screen so that you don’t have to worry about safety. It’s a mixed media treasure trove of droll entertainment.

The Chambers are like the Frankensteins, but instead of using human remains and lightening, they’ve paper puppets and stop motion magic to breathe life into thirteen creations. It’s alive… IT’S ALIVE!!!!