It’s the 35th Anniversary of John Carpenter’s Halloween which means it’s time for a special edition Blu-ray release! Featuring commentary by Carpenter himself, take a trip down memory lane to watch one of the great prodigious horror films of the century. Halloween was selected into 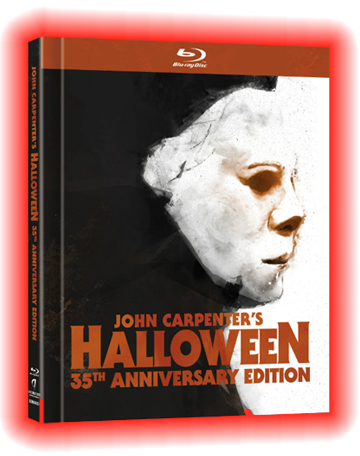 the National Film Registry by the Library of Congress, as being “culturally, historically or aesthetically” significant.This brand new shiny HD presentation’s transfer was supervised by the original cinematographer. This means you’ll be able to see every pore in Laurie Strode’s (Jamie Lee Curtis’s) face as she freaks out while many other sexually promiscuous substance-abusing teens meet their untimely demise in blood-curdling High Definition!
Bonus features on Halloween 35th Anniversary Blu-ray include: